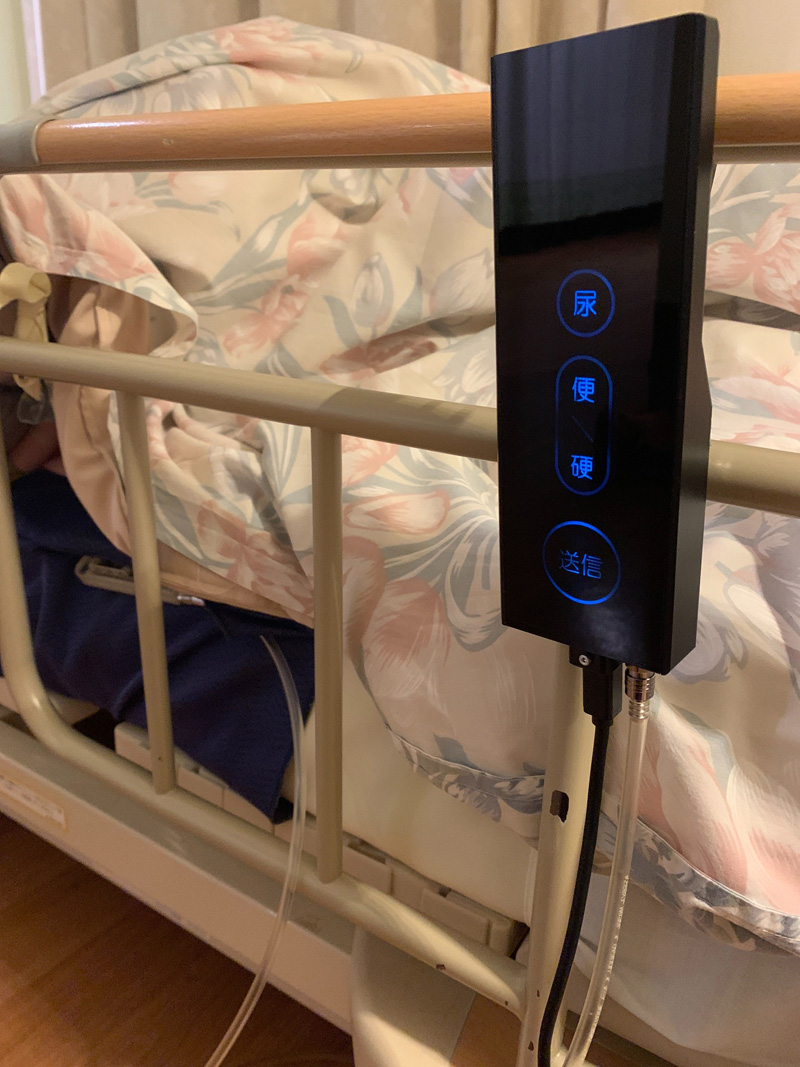 In this study, we report on the development and evaluation of new excretion detection devices based on an existing product, Product H, which utilizes odor-sensing technology. Caregivers can use the developed device to receive a detection signal and record the true/false status of the detection. This device is based on a preliminary interview with caregivers regarding the desirable characteristics of the planned device. As a result, the size of the device was reduced to approximately 20% of the existing product. An excretion detection rate of 60% was achieved in a clinical experiment, as compared with that of 80% for Product H. This is significant because the parameter values were not yet optimized for the developed device. Further, a simple questionnaire was administered to caregivers, in which the intuitiveness of the operation and the functionality of the design were praised. However, there is a desire for an option to record more excretion characteristics was expressed. Therefore, we developed a revised device to include an input option regarding the amount and hardness of the excrement. The results of the subsequent evaluation questionnaire on the revised device were mostly favorable, but the caregivers had divided opinions on the new input feature. This result suggests a need for further investigation regarding the necessity of this feature.