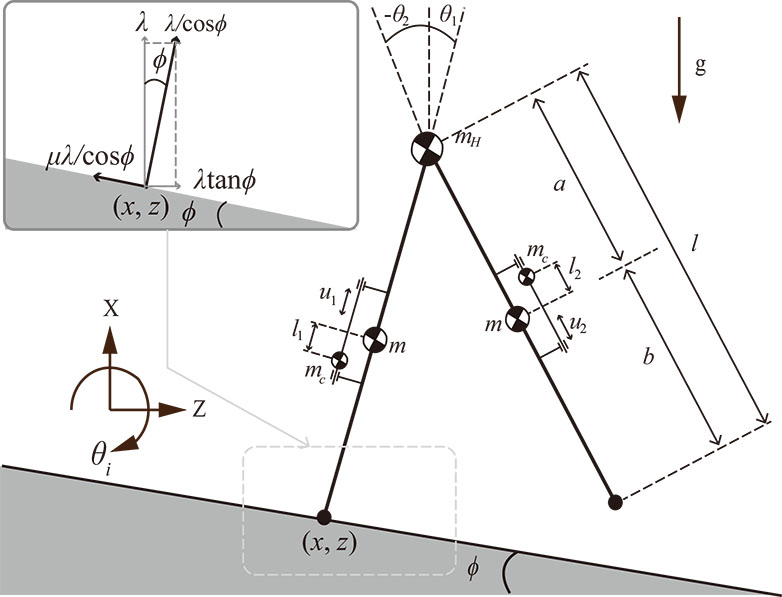 Towards improving the stability of point-foot biped robot on slippery downhill, a novel and indirect control method is introduced in this paper using active wobbling masses attached to both legs. The whole dynamics which contains walking, sliding and wobbling, can be dominated by high-frequency oscillation via entrainment effect. Stable gaits are therefore achieved by controlling only 1% of the whole system where the original passive dynamic walking fails. First, we derive the equations of dynamics and control for this indirectly controlled biped walking on slippery downhill. Second, we numerically show the possibility of improving the stability with high-frequency oscillation. We also find the main effect of wobbling motion on walking via phase-plane plot. Third, we prove that the range of stable walking with respect to frictional coefficient can be enlarged by employing suitable high-frequency oscillation via parametric study. Our method will be further applied to more general conditions in real tasks which contain different locomotion types, where the whole dynamics could be dominated by high-frequency oscillation and the phase properties of the dynamics will be positively utilized.