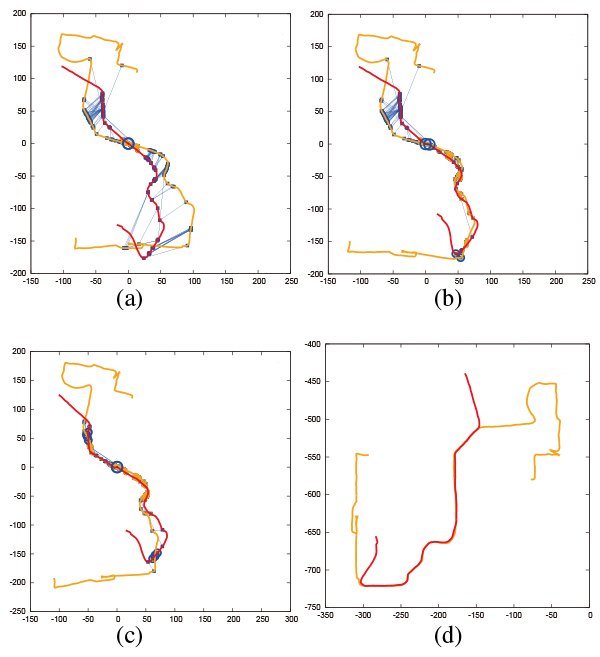 In the classical context of map relative localization, map-matching (MM) is typically defined as the task of finding a rigid transformation (i.e., 3DOF rotation/translation on the 2D moving plane) that aligns two maps, the query and reference maps built by mobile robots. This definition is valid in loop-rich trajectories that enable a mapper robot to close many loops, for which precise maps can be assumed. The same cannot be said about the newly emerging vision only autonomous navigation systems, which typically operate in loop-less trajectories that have no loop (e.g., straight paths). In this paper, we address this limitation by merging the two maps. Our study is motivated by the observation that even when there is no loop in either the query or reference map, many loops can often be obtained in the merged map. We add two new aspects to MM: (1) map retrieval with compact and discriminative binary features powered by deep convolutional neural network (DCNN), which efficiently generates a small number of good initial alignment hypotheses; and (2) map merge, which jointly deforms the two maps to minimize differences in shape between them. A preemption scheme is introduced to avoid excessive evaluation of useless MM hypotheses. For experimental investigation, we created a novel collection of uncertain loop-less maps by utilizing the recently published North Campus Long-Term (NCLT) dataset and its ground-truth GPS data. The results obtained using these map collections confirm that our approach improves on previous MM approaches.