The Lifelog Monitoring System for Honeybees: RFID and Camera Recordings in an Observation Hive 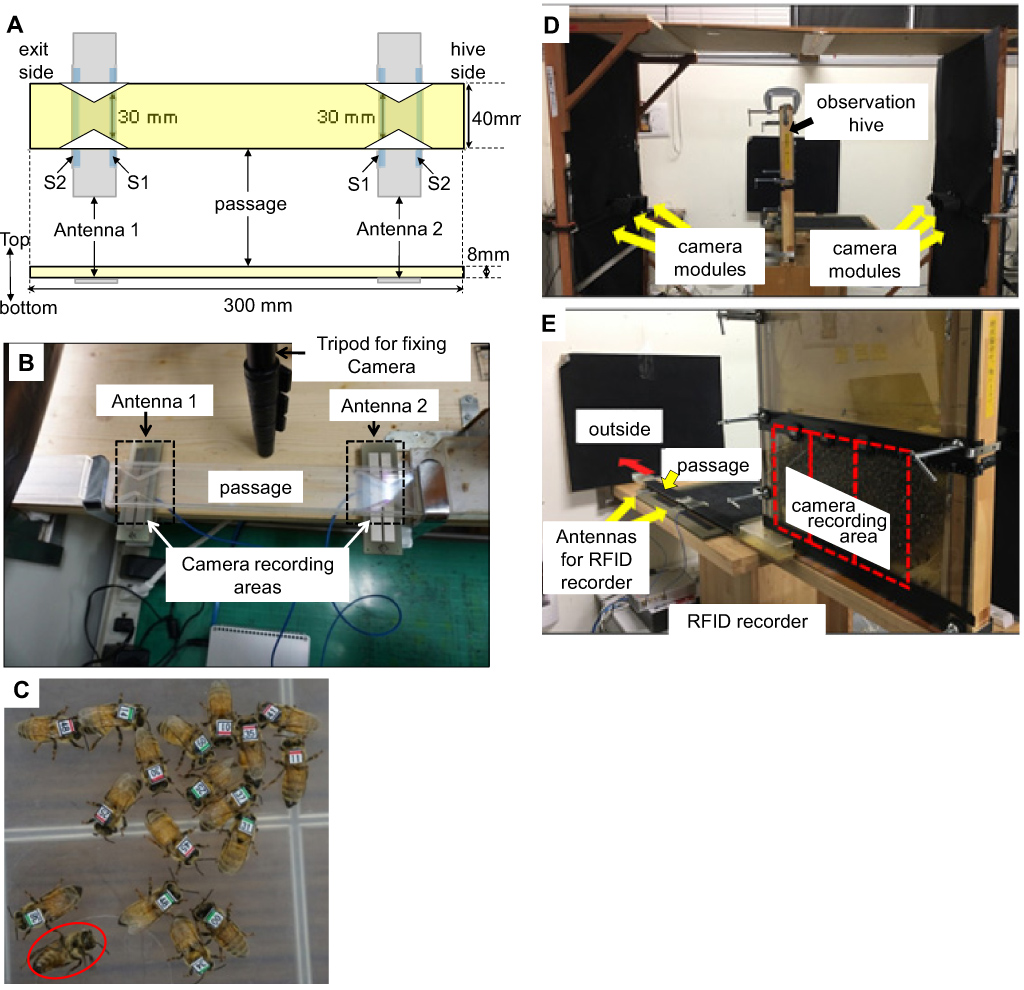 A typical honeybee colony contains more than 15,000 individuals, each with its own task related to supporting the hive and maintaining the colony. In previous studies on honeybees, observing individual animals’ behaviors has been a difficult and time-consuming task to understand the relationship between in-hive communication and environmental changes outside the hive, therefore it is necessary in any attempt to develop applying a remote sensing technology. To allow researchers to pass much of this tracking work on to computers, we have developed the lifelog monitoring system for honeybees, which uses RFID and Raspberry Pi camera recordings. Our preliminary experiments consisted of several tests aimed at identifying the optimal conditions for this system. First, two commercial RFID readers with antennas were compared in terms of their sensitivity to signals from RFID tags placed at various distances. We found that the UP16-1000-J2 reader was much more sensitive and had a longer effective range compared to the UP4-200-J2. The most sensitive region in the RFID antenna on the UP16-1000-J2 reader was 30 mm long and 5 mm wide at its center. Based on this preliminary information, we designed and built a passage from the interior of the observation hive to the outside so that all RFID-tagged bees could be detected individually by the RFID reader as they walked through the passage. Moreover, to detect the direction of either departure or arrival of each bee, we placed two RFID antennas under the passage between the observation hive and the outside, one near each end of the passage. All departure and arrival times of RFID-tagged bees were detected with their ID numbers. Using recorded data from these two RFID readers, we could measure how much time each tagged bee spent outside the hive. In addition to RFID recording on the passage, we also tracked all in-hive movements of numbered RFID-tagged honeybees. In-hive movements were simultaneously, comprehensively and automatically recorded via six Raspberry Pi camera modules arranged on the two sides of the observation hive. The cameras were set to record from 6:30 to 19:30 every day for one month, once or twice each year from 2015 to 2018. The in-hive behaviors of these bees were analyzed according to a simultaneous tracking algorithm that we developed for this purpose. Data from the monitoring system revealed that time spent outside the hive increased markedly after following the waggle dance. In addition to its findings on bee behavior, this study also confirms the effectiveness of our recording system combining RFID and Raspberry Pi cameras for honeybee lifelog monitoring.