Wearable Robot Arm with Consideration of Weight Reduction and Practicality 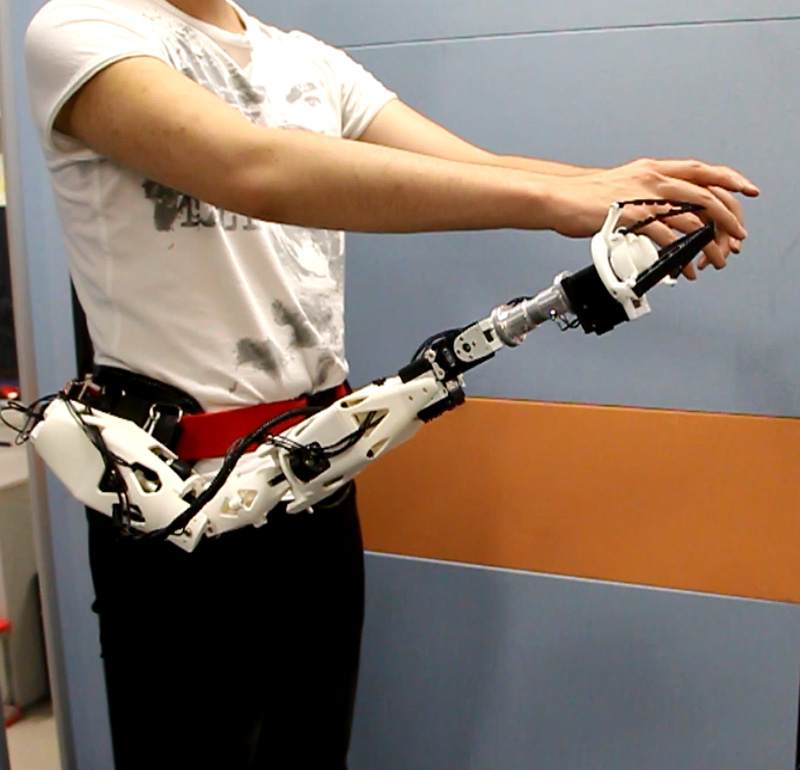 Proposed wearable robot arm with consideration of weight and usability

In this paper, we propose a wearable robot arm with consideration of weight and usability. Based on the features of existing wearable robot arms, we focused on the issues of weight and usability. The behavior of human hands during physical work can be divided into two phases. In the first, the shoulder and the elbow joints move before commencing the task by using the hands. In the second, the wrist joints move during the actual work. We found that these features can be applied to wearable robot arms. Consequently, we proposed hybrid actuation system (HAS) with a combination of two types of joints. In this study, HAS is implemented into the prototype wearable robot arm, assist oriented arm (AOA). To verify the validity of the proposed system, we implemented three types of robot arms (PasAct, Act, 6DOF) using simulation to compare the weight, working efficiency, and usability. Furthermore, we compared these simulation models with AOA for evaluation.