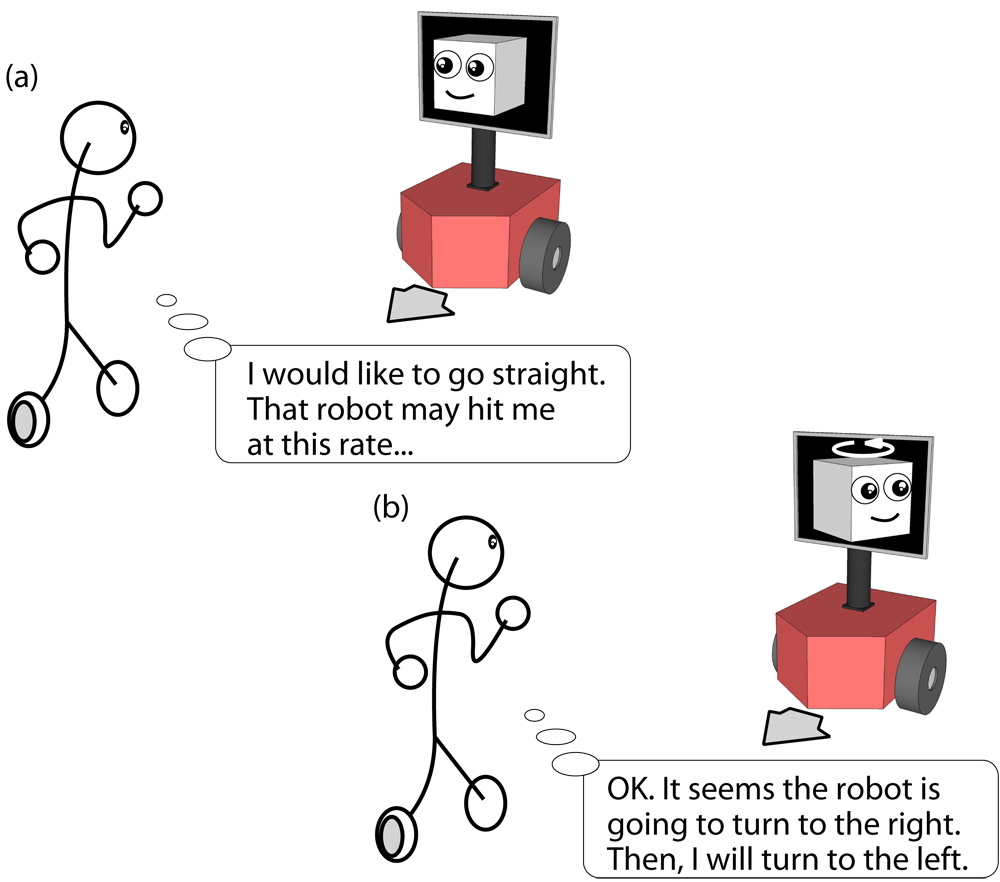 When a robot works among people in a public space, its behavior can make some people feel uncomfortable. One of the reasons for this is that it is difficult for people to understand the robot’s intended behavior based on its appearance. This paper presents a new intention expression method using a three dimensional computer graphics (3D CG) face model. The 3D CG face model is displayed on a flat panel screen and has two eyes and a head that can be rotated freely. When the mobile robot is about to change its traveling direction, the robot rotates its head and eyes in the direction it intends to go, so that an oncoming person can know the robot’s intention from this previous announcement. Three main types of experiment were conducted, to confirm the validity and effectiveness of our proposed previous announcement method using the face interface. First, an appropriate timing for the previous announcement was determined from impression evaluations as a preliminary experiment. Secondly, differences between two experiments, in which a pedestrian and the robot passed each other in a corridor both with and without the previous announcement, were evaluated as main experiments of this study. Finally, differences between our proposed face interface and the conventional robot head were analyzed as a reference experiments. The experimental results confirmed the validity and effectiveness of the proposed method.