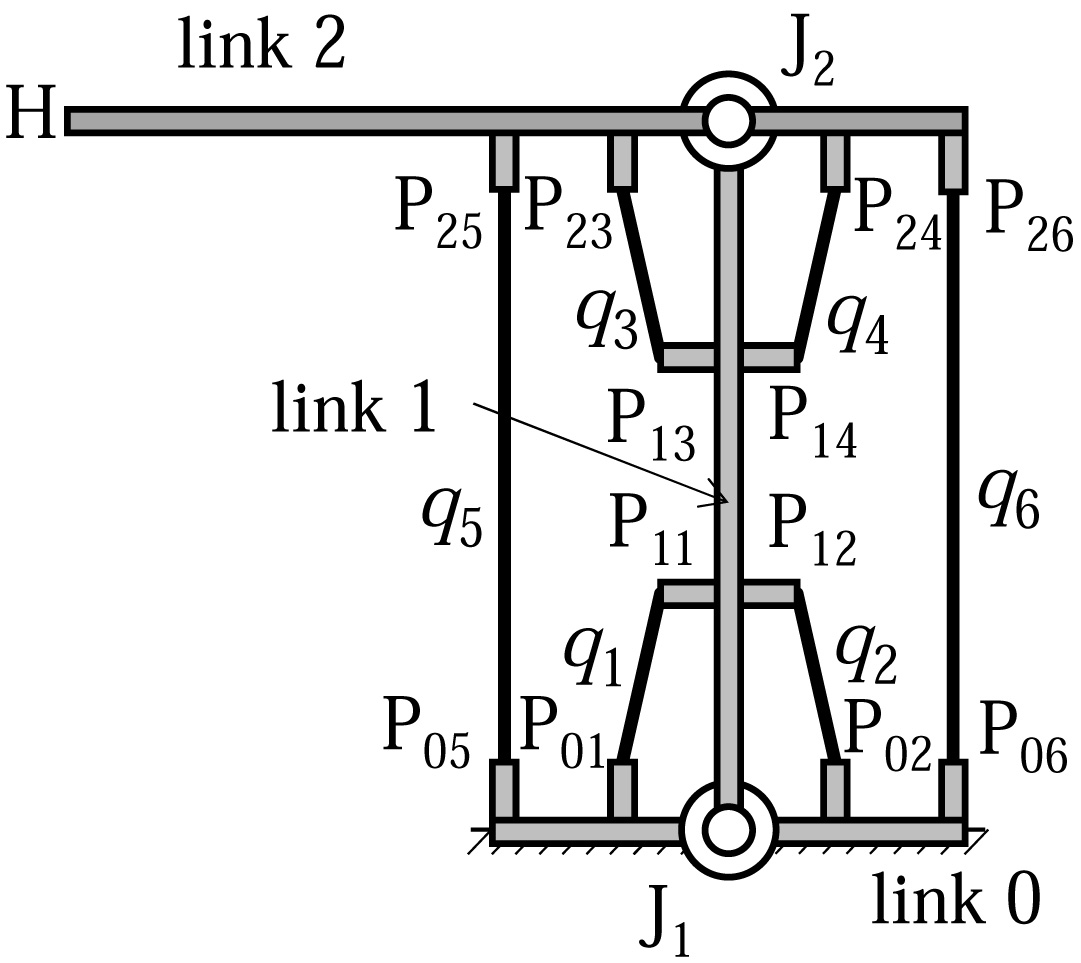 The model of a robot arm with biarticular muscles