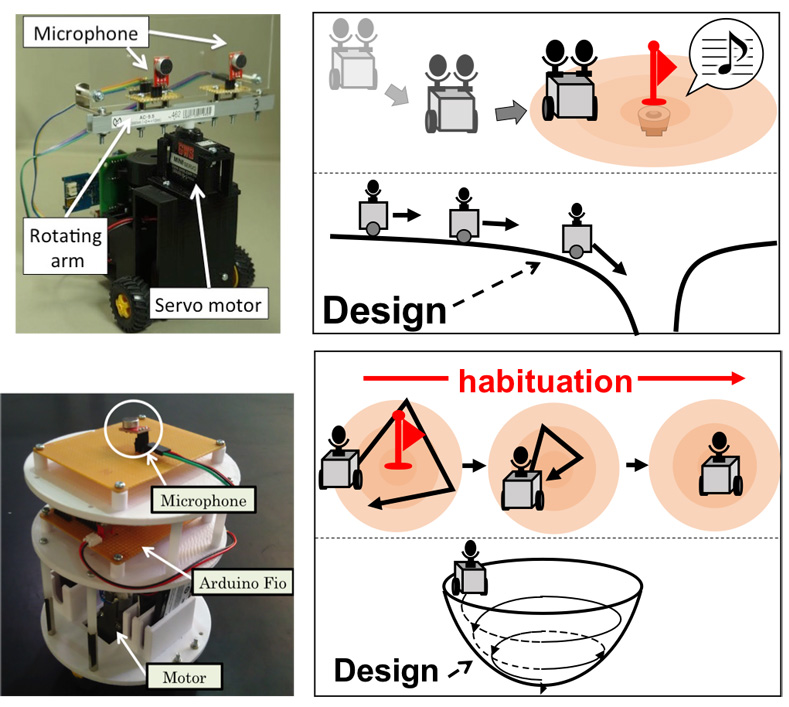 Robot navigation based on an acoustic field

This paper proposes novel robot navigation methods that utilize strong interaction between a designed field and a robot controller. In recent years, several studies have demonstrated the importance of interactions between different subject types (e.g., human-robot interaction, robot-environment interaction) instead of just that between a robot controller and an isolated subject. This study explores the robot-field interaction design to realize autonomous robot navigation, and verifies the proposed methods experimentally. We prepare acoustic navigation trails from the start to the goal; one is generated from multiple sounds with identical frequencies, while the other is generated from multiple sounds with different frequencies. For each field controller, both the dynamic acoustic trail and the static acoustic trail, two types of static robot controllers are designed based only on the present sensor data, namely, gradient-following controller and sound-habituation controller. The former is a microphone-array based controller for robots equipped with multiple microphones, while the latter is designed for robots with a single microphone. Throughout the real-world demonstration, we show the validity of our proposed methods.