Understanding of Falling Cat Phenomenon and Realization by Robot 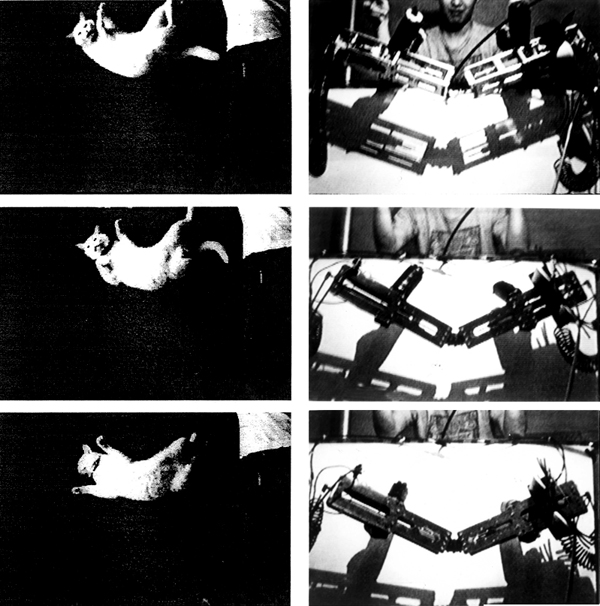 Cat-turn by cat and robotic cat

The movement of live cat righting itself in midair, is investigated analytically and experimentally. The objective of the author is to develop a robot that lands upright on its feet like a cat. Interestingly, explanations in physics and dynamics textbooks that dealing with feline the self-righting remain contradictory and ambiguous. This is analyzed based on the law of conservation of angular momentum using a cat model. A robotic cat was then developed to turn in mid air. The robot righted itself completely after performing a 180° turn in the air.